Despite frosty talks, Biden will be good for U.S.-China relationship, says ex-defence secretary

Marathon Legend Bill Rodgers Is an Icon of Running’s Past. His New Tracksmith Collab Shows Its Future. 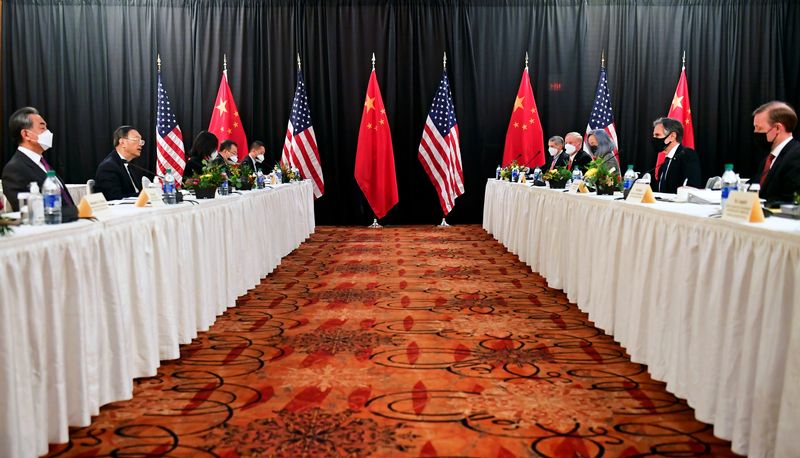 BEIJING (Reuters) – U.S. President Joe Biden “will be good for the relationship” between China and the United States, even though both sides might have “started a little on frosty side”, former U.S. Secretary of Defense William Cohen told a Beijing forum.

Speaking via video link to the China Development Forum, Cohen, who has known Biden since 1972, said U.S. engagement with China will be more professional, diplomatic and civil under Biden, as compared to the name-calling during Trump era.

China and U.S. top diplomats clashed publicly in their opening remarks at a meeting in Alaska this week, which ended hours before the forum in Beijing on Saturday, leading some observers to worry relations could be even worse than during the previous Trump administration, which saw ties sink to a historic low since diplomatic relations were established.

The private Alaska talks actually went better than what was displayed in public, David Rubenstein, a former U.S. government policy advisor and co-founder of Carlyle Group (NASDAQ:), told the forum.

But he does not expect a meeting between Biden and Chinese President Xi Jinping within a year.

“Because this means they’re working behind the scenes to make certain when the summit occurs, there will be something productive occurring at that summit,” he said.

© Reuters. FILE PHOTO: Specialists work on a crane in front of the European Central Bank (ECB) in Frankfurt By Balazs Koranyi and Francesco Canepa FRANKFURT (Reuters) - The European Central Bank will keep policy unchanged on Thursday, emphasizing that its stimulus measures are keeping the pandemic-struck economy afloat so they should not be clawed…
Read more
Business

© Reuters. FILE PHOTO: FILE PHOTO: The Airbus logo pictured at the company's headquarters in Blagnac near Toulouse By Tim Hepher PARIS (Reuters) -Airbus has launched the biggest shake-up of its manufacturing network in more than a decade, with large-parts activities reorganized in France and Germany and some small-parts production hived off ahead of a…
Read more
Business

Please try another search Economy5 hours ago (Apr 21, 2021 04:55PM ET) © Reuters. FILE PHOTO: A Canadian dollar coin, commonly known as the "Loonie", is pictured in this illustration picture taken in Toronto By Fergal Smith TORONTO (Reuters) - The Canadian dollar surged by the most since June 2020 against its U.S. counterpart on…
Read more

Marathon Legend Bill Rodgers Is an Icon of Running’s Past. His New Tracksmith Collab Shows Its Future.

13 Pairs of Shoes for Your Most Versatile Workouts